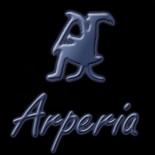 We finally got around to listening to “No More Wings”, the new album from Scottish harpist Rachel Hair. An eagerly awaited album in which we had placed high hopes ever since we listened to her last project, “The Lucky Smile”. It has fulfilled all our expectations, confirming that Rachel and her trio project are no longer a promising sensation but a solid project, a consolidated project worth of being considered inside the harp scene. “No More Wings” follows the path started with “The Lucky Smile”: Rhythm, intensity, energy and punch all packed into a sound that, fortunately, is far away from the archetypal image of the harp as a bucolic and relaxing instrument.

The selected repertory involves us in a journey through a wide range of musical cultures: songs from Scotland, Sweden, and Brittany, as well as original songs, all of them sifted through the Rachel Hair Trio trademark. Also, in the middle of it all, we find an odd treat: a surprising and delicate cover of “Cancro Cru”, a song from Anxo Pintos (member of the galician band Berrogüetto) who, in these past few years, has made himself present in the repertoire of harpists such as Rachel Hair or Jochen Vogel, and who had already been recorded in Rachel’s first project, “Hubcaps and Potholes”.

Special mention deserve the guest artists present in this CD, artists that give an extra and surprising dose of color and improvisation. On another note, the other two members of Rachel’s trio, Jenn Butterworth and Euan Burton, show themselves as two multifaceted elements that come and go as needed, giving the perfect overtone and adding a variety of elements that are more than inviting. It’s particularly important to mention the rhythmic character that both of them give to the accompaniment, as well as the interesting use of the voice that the multifaceted Jenn, who not only sings in a couple of songs but also contributes with soft chorus in many others, does.

To sum it up, this is the confirmation of a project that aimed high and has become a reality.